Heroes in Modron, strangers in Thyatis 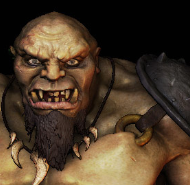 Charging after the fleeing goblins, the sewer ogre was oblivious to Pynetholos and Tasis following him and to Delrak standing over the body of the goblin chief Korlat in the centre of the cavern. Ahead by several yards, the wolf leapt upon a hapless goblin and began savaging the shrieking creature. The ogre's bellows drowned out its screams as a sling bullet and a thrown axe thudded into his back: the cleric and thief had attacked from behind! Reeling to charge them, the ogre's gnarled club whistled over their heads.

Bounding over the lifeless body of the fallen goblin chief, Delrak attacked the ogre from behind; the cleric, thief and dwarf surrounded the creature and with a succession of telling blows quickly brought vile creature down. As it thudded to the cavern floor and as Delrak turned his attention to the vicious wolf nearby, Pynetholos noticed a human emerging from one of the crude goblin huts in the cave. Agnar, a warrior, had earlier been exploring the sewers when he was ambushed and captured by Korlat's band. He took advantage of the fight to break his bonds and now, kicking apart the flimsy huts, engaged in a desperate hunt for his weapons. Luck was with him: he quickly located his sword and, pausing only a moment to take in the scene in the cavern, leapt to Delrak's aid. The doughty dwarf was already bleeding in several places where the wolf's teeth had penetrated his armour. Dodging and twisting, the two warriors slew the beast with mighty blows of sword and axe.

In the meantime, Ultan had fled the cavern, carrying the girl in his arms. Ahead, a ray of light pierced the gloom—a grated opening some thirty feet overhead, at the pinnacle of a shaft that rose upward from the tunnel ceiling. Flinging his grappling hook into the cleft, the monk succeeding in finding a hold. A panicked goblin flew past him, ignoring the proffered rope end. Shrugging, Ultan threw the girl's arms about his neck and began to climb, reaching the cleft and beginning to wedge his body into it. His hands slipped on the slick rock and he fell, twisting to cushion the girl from the fall. Willing away the pain, he staggered to his feet and began untying the girl. Thereupon Pynetholos arrived, revealing that the ogre and his wolf had been slain. The two hoisted the girl up the rope, allowing her to climb on her own up the shaft, where she cried for help through the grate. Several Modronites quickly responded, levering the grate from the gutter and pulling the girl to safety.

With the child out of danger, the heroes now looked to their own welfare. Delrak urged a quick departure, but Tasis and Kalam were missing! Agnar, busy dispatching the remaining goblins who slumbered under Jaric's enchantment, had overheard some of their conversation and the others quickly guessed the rest: they had gone to search the ogre's cave. Quickly taking obvious valuables from the goblin cavern (including a fine bone dagger from Korlat's belt), the heroes returned the way they had come. Ultan led the way, holding Korlat's head (still glowing with the light spell he had cast upon it). They found Tasis and Kalam rifling through the ogre's possessions, some of which caused them considerable disgust. Among the items to be kept: a wooden staff carved with a pattern of reptilian scales and with a snake's head at the end. Kalam took this opportunity to release the girl's puppy from the cage in which the ogre had imprisoned it.

Retracing their steps to the ancient buildings the orphans called home, the heroes (including a rather fetid Delrak, who had again fallen into the sewer sludge) were greeted with joy by the boys, who were especially thrilled when Kalam showed them the coins he had looted from the ogre—to them, a small fortune! At the entrance to the unpatrolled areas of the sewers, Ultan set Korlat's still-glowing head upon a stake—a grisly warning to other goblin raiders. Regaining the surface, the party found themselves in the midst of a welcoming crowd of Modronites who hailed them as heroes for their rescue of the girl. She had told all—of the fearsome ogre from whom she had hid, and of the cruel goblins who had taken her captive. A huge figure suddenly loomed over the crowd: it was the one-horned minotaur, come to congratulate them for their bravery. 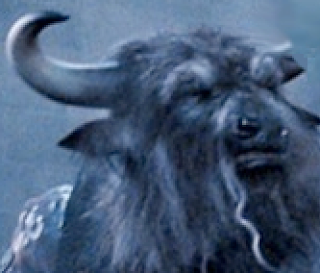 Delrak, Ultan, Agnar, and Tasis accepted Dujek Onehorn's invitation to drink, while Pynetholos retired to the inn where Aengus fretfully waited. The party's roommates, members of a Baklunish fighting order devoted to the worship of Azor-alq, congratulated the cleric on his bravery; their leader, Anomander, invited the party to join his crusade against the evil warband of Lokaug Vishnakh. Upon receiving the cleric's polite refusal, Anomander suggested they might wish to visit the shrine of the oracle that lay a day's journey to the south of the Roglaroon, if they wished to learn something of their destiny. Those in the company of Dujek Onehorn also received an invitation: to join his ship's crew as lieutenants. But the Croyans remained committed to their mission, and their new friends, Ultan and Agnar, chose to accompany them.

At dawn on the following day, the 27th of Halimath, Pynetholos and Aengus collected the dwarf, fighter, and thief from the tavern they had drunk dry in Dujek's company. Overloaded with humble gifts from the thankful populace, the company made their way to the wharf where they took ship once again. (Here, the crew informed them of Jaric's departure: he had suddenly announced that he had business elsewhere. Such are the unfathomable ways of the elves.) Sailing up the broad Roglaroon in the company of Anomander's well-equipped warship, the company experienced an easy day—all the better, as several of the company had severe hangovers to deal with. That evening, as the two ships lay anchored in the Roglaroon, Pynetholos, alone of all the party, accepted Anomander's invitation to dinner and endured the relentless questioning of the commander's restless mind. As a parting gift, the crusader offered Pynetholos a mail shirt. 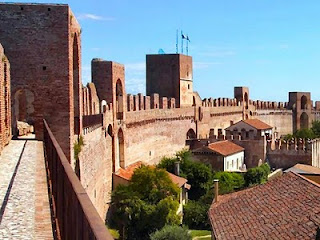 Electing not to join the crusaders on their visit to the shrine of the oracle, the party continued up the Roglaroon. The river traffic increased greatly as they neared the city state; many wore tokens of yellow as they flocked to join in the annual Festival of Lucor. Sailing through the night amid the lantern-lit boats cruising the broad river, the party arrived before the great walls of Thyatis, outlined in the lights of braziers and torches.

At dawn the next day, 28th Halimath, the heroes entered the city, jostling amid the revelers. All eyes turned toward an approaching procession, which found its way unexpectedly blocked by a pair of insolent men. A fight broke out, seemingly between two opposing factions; the party kept well out of the way, although Tasis—egged on by Ultan—took advantage of the situation to pocket the purse of a well-heeled bystander. Leaving behind the cries of "Radu!" and "Torenescu!" the heroes made their way toward the merchant quarter where they sought out the home of Ganev of Jeet. He was their only known contact in the city—a clerk with whom Odard had apparently done business. They found the gnome at home. His eyes widening at the mention of Croy and Odard, he ushered them inside, closing the door quickly behind them.

"I am so glad you have come!" he said. "I been at wit's end, not knowing what to do. Master Odard has been missing for weeks... gone, just like that!"

"I fear," added the gnome, lowering his voice to a whisper and glancing at each of the party in turn, "that he has been murdered."
Posted by Peter C. at 12:34 AM No comments:

Having heeded the advice of the no-nonsense halfling harbourmaster Idris and fended off the solicitations of the bargefolk, the heroes make their way into town to spend a welcome night on shore, in an inn. In the streets, Delrak refuses to yield the road to a one-horned minotaur and his crew of goblinoid pirates and gets knocked aside for his efforts -- but a fight is avoided. At an intersection, the party witnesses a distraught, hysterical woman struggling with city guards; her daughter, she claims, has entered the sewers in search of a missing dog, but the guards deny the possibility and refuse the woman access to the sewers. The heroes intervene on her behalf, seconded by a monkish traveler, Ultan, whose insinuations convince the guards that the wisest course is to allow the party to see for themselves. 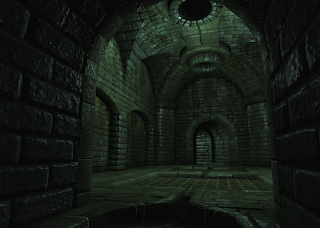 Underground, the party begins to explore the ancient ruins that lie beneath the streets of Modron -- remants of a long-forgotten city whose avenues and boulevards now serve as sewers for the waste of citizens above. They meet Kalam, leader of a gang of boys, who at first taunts them but agrees to lead them to the lair of a ogre who, they suspect, may be holding the child. Discovering a secret passage that leads to a ledge above the ogre's cave, the party determines that the ogre possesses the dog, but not the girl; the ogre, in turn, discovers that pesky strangers are invading his home.

Retreating from a confrontation with the ogre, the heroes have Kalam lead them to suspect no. 2: a band of goblins who have recently moved into the sewers. Perceiving the party's advance, the goblin chief Korlat marshals his troop to ambush the intruders but is drawn into a parley with the goblin-speaking dwarf. He admits to having the girl and insists on a large ransom for her safe return. Just as the negotiations appear to be at a standstill, Kalam arrives to warn of the ogre's approach. Slipping back into the secret passage, Pynetheolos and Tasis hide from the ogre and his pet wolf, while Derlak, Untal and Jarik warily expose themselves to the goblin archers in an effort to prove their trustworthiness. The goblins sent by Korlat to reconnoitre the passage used by the party run headlong into the irate advancing ogre and his beast; chaos ensues. Korlat orders an attack on the party, but Jarik's well-timed sleep spell fells all of the troops, while Korlat himself is blinded by Untal's light spell. Bashed to the ground by Derlak's shield, Korlat struggles to his feet and gets in a lucky blow against the dwarf before being slain by Jarik's arrow. Untal rushes to grab the girl as two panicked goblin survivors, a snarling wolf, and a berserking ogre tumble into the chamber, trailed cautiously by the cleric and thief who have emerged from hiding. 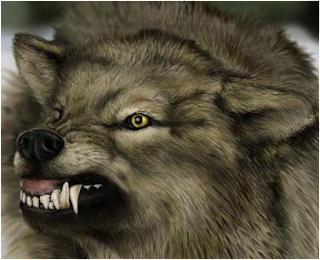 The party has found the girl... but will they make it out of the sewers alive?
Posted by Peter C. at 11:32 PM No comments: