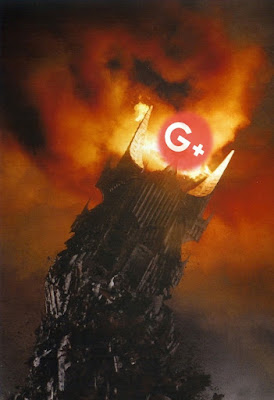 I'm Peter (Peter C on the now-defunct Google+), a Canadian living on the west coast. I started playing RPGs in 1981 or 1982; the first game I owned was the Moldvay Basic box set. It was a gift. (Thanks, Jon!) The first game I bought was the Expert box. I went through a long hiatus from pen-and-paper elfgames circa 1986–2004 because I thought they were childish but I have since been disabused of that mistaken notion — this happened around the time I became a stepdad. My re-discovery of the joys of old-school gaming came via the Dragonsfoot.org forums in 2007 (screen name Mak); I subsequently migrated to Google+ for its vibrant OSR and RPG communities and am now, like many others, somewhat adrift Internet-wise in the wake of that platform's demise.

Games I'd like to play: The One Ring, Numenéra, Troika!, Empire of the Petal Throne (1975), Gamma World (1e), Stars Without Number, Classic Traveller, Encounter Critical, any pre-2000 D&D.

Where to find me online to talk about elfgames and other nerdy stuff:

Great D&D Moments in History: The Wolf of Gubbio

"Great D&D Moments in History" reimagines famous historical events as episodes in a tabletop fantasy role-playing game. It doesn't get much nerdier than this.

Early thirteenth century: Francis of Assisi casts the second-level cleric spell Speak with Animals and negotiates a pact with the dreaded man-munching wolf of Gubbio: the beast will no longer devour the citizens of Gubbio, who in return promise to feed the wolf daily. According to the fourteenth-century text that relates this tale, Francis and the wolf actually shake on the deal.

After consulting with Aareloth, the spiritual leader at the temple of St Cuthbert, and Soremos, a paladin devoted to the god's service, we decided to return to the cultists' headquarters to root the last of them out.  They had fled, but in their haste left behind some valuable magical items which we claimed.  (One of them was a set of fist wraps that gave extra potency to my punches.)  Devlin, meanwhile, surprised us all by summoning a wolf out of nowhere.  Actually, it sprang from his brooch, but who expects a wolf to pop out of a piece of jewelry?
While the others took care of various business, Aareloth directed me to the home of Angrim Filkins, an historian who proved to most useful: one of his books on the Elvish civil wars contained a passage about Oeridien, known as the Elf-Killer for the murders he committed after the deaths of his family during those conflicts. Indeed, he had vowed to kill every elf in existence.  Angrim guessed that Oeridien's tomb would be located close to the spot where he was finally killed in the year 463, a battle site in a large grove about three days' travel north of the river that serves as the border between Artuare and Lanthiriël.
While Bakari went to inform the town guards of the cult's destruction, I took some of our funds to procure horses for the journey north.  The friendly and helpful stablemaster sold me five fine beasts along with all the necessary tack: one for each of us and a pack horse to carry extra gear.  I even had the good fortune to purchase a magical feed bag!  I was most pleased with the outcome, although later Bakari expressed some displeasure at the prices I'd paid.  Who'd have thought a cleric would be such a stickler for haggling?  No matter: in short order we had left Koidarra behind and soon were fording the river.
Sounds of sharp battle drew us to a clearing where we found two dead Teremnar elves and spotted a Syndar elf, wounded, in a tree.  This turned out to be a pale-skinned elf with blue eyes, one Meliusine, who had killed the other two elves in self-defense.  She knew the location of the tomb, for members of her family had been involved in its construction ages ago.  Our news of the cult's intentions left her shaken, and she agreed to guide us to the spot with all haste.
Pursuing our course to the tomb, we crossed paths with another patrol of Teremnar, but they quickly fell to us before they report our presence. As night fell, we were forced to take shelter in a nearby cave. Devlin remained outside with his wolf to guard the horses.
Before dawn we were on our way once more.  Upon reaching the grove and the tomb we saw that the covering slab and its protective wards had been broken.  Devlin had already noted tracks leading through the forest to this place: we deduced that the cultists had preceded us.  Slipping inside stealthily, with Synast checking for traps and snares, we came to a door upon which was inscribed a riddle in ancient Syndaran, a language that both Meliusine and Devlin were somewhat familiar with.  A lucky guess allowed us to breach this magical portal, and we soon found ourselves before a double door through which my ears perceived the sound of chanting.  The cultists had already begun their wicked ritual!
After a few moments in which Bakari cast some protective enchantments upon the group, we barged into the room.  A horned demon with glowing red eyes and an armoured celestial stood before an open sarcophagus, about which they had drawn some kind of foul symbols.  We rushed in.  Disturbed, the cultists summoned shadow fiends to attack us.  Their touch drained me of my very strength, but I ignored the pain and dodged through them to the sarcophagus where Oeridien's bones lay mouldering.  Grabbing his dessicated skull, I threw it out of the chamber down the hall of approach, where Devlin's cat grabbed it and ran away from the battle.  Meanwhile, Bakari's Holy Storm spell bathed the foul outsiders and their minions in a devastating rain.  Meanwhile, his own summoned celestial lion raked them with its claws.  Well-deserved, I say!  Synast stabbed, Devlin shot, and it was our good fortune to ultimately prevail.  And not a moment too soon, for my strength was ebbing away even as the last of our foes fell to the ground.
The battle won, it now falls to us to end this threat forever: Oeridien's remains must forever be set beyond the reach of evil followers of Nerull and Hextor.   How this shall be accomplished remains to be determined...